The best season of the year to travel to the Amazon

I had always wanted to take a trip to the Amazon jungle. The place called me very strongly. Its character as a vital and energetic center of the planet attracted me with special enthusiasm. I had to go.

It happened to me, as it always happened to me, that due to work reasons I could only travel in January. The very controversial month of January. Half a planet sunk in a cold below zero, half a planet exploding in heat, humidity, and rain. The jungle, clearly, is no exception to this generalization.

The seasons in the Amazon rainforest are divided in two. Rainy season, cheia, and low season, dry. The first runs from December to May, and the second from June to November.

I only knew one person who had made the trip before me in the middle of July, so his experience was not going to match completely with mine.

He told me that he had made many excursions in the jungle and that although they used canoes to move at certain times, they did it more than anything to get to some point of departure, and from there they went out to make the tour on foot. He told me that they would go into the tropical forest in small groups and get lost on their trails. He told me that the heat was, at times, intense as only the jungle can be, that there was a practically uninterrupted sun and only sporadic rains here and there.

He told me that there was no excursion through the Amazon that did not reveal fascinating animals or plants, that he began and ended the day seeing multicolored monkeys and birds, but that what he enjoyed most was the connection with what he called at the time #ChildrenOfTheJungle. Then he would explain to me that this was the term used by the native travel guides who attended them at Amazon Jungle Trips to refer to the locals, including themselves and the visitors who shared the love and instinct of conservation for that mystical territory that they are fortunate enough to call home. 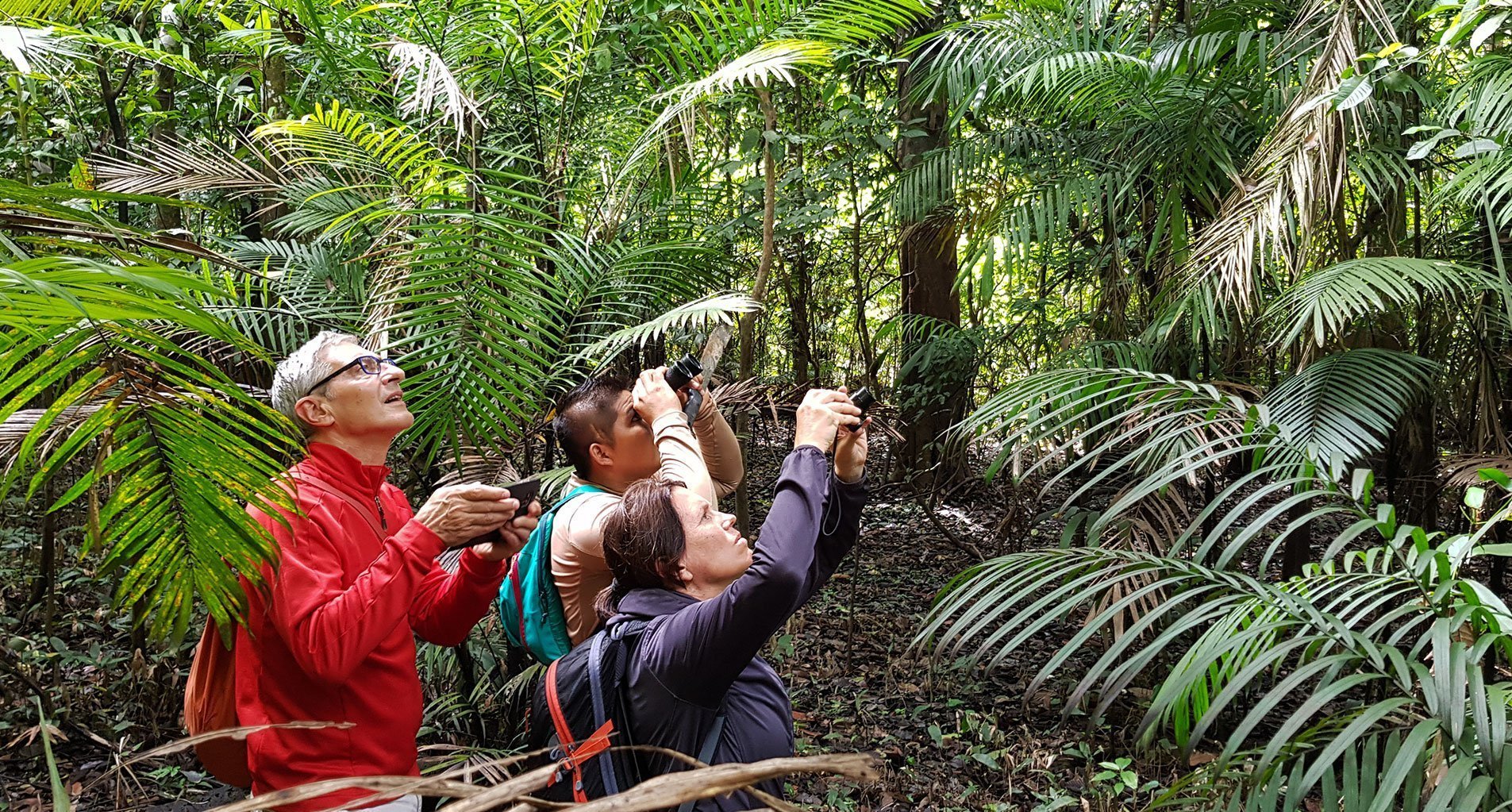 It turns out that during the dry season, everything in the Amazon that is covered by water during the rainy season is overwhelmingly cleared, leaving the houses far from the coast and very high above the level of the river. So, the #ChildrenOfTheJungle can go back to farming, allowing them to be more sustainable and increase the consumption of 100% organic food.

It is amazing to see such an abrupt change in the way of life. Local and indigenous people are accustomed to living under two very alternate conditions. When I finally made my trip, in January, I arrived by boat to practically the limit of the housing area, when my friend had to walk a long distance between the point where the boat arrived without running aground. What will it be like to have to adapt to the weather in this way?

My trip ended up being different from what I’d been told. Not in essence, but in form and in practical and logistical terms.

During the cheia, the jungle is completely flooded. I do not mean that the flow of the Amazon river increases, as any other river can, but literally the world’s largest tropical rainforest is flooded almost entirely.

This happens because the rains in the jungle between December and May become torrential. However, during my vacations, I could particularly enjoy prolonged periods of sunshine interrupted only by brief, if intense, rainy moments. But I have been told that rainfall some days can be uninterrupted and seem endless.

The point is, if you travel like me in a month like January, the tours will be done in canoe and not on foot, through the famous igapós, those famous and wonderful areas of flooded forest. I must admit that I found the experience really exciting and stimulating. The feeling of being able to navigate over an enormous and deep natural temple is unsurpassed. The jungle vibration was felt even more intense through the water, making communion with nature simply unique and magical. 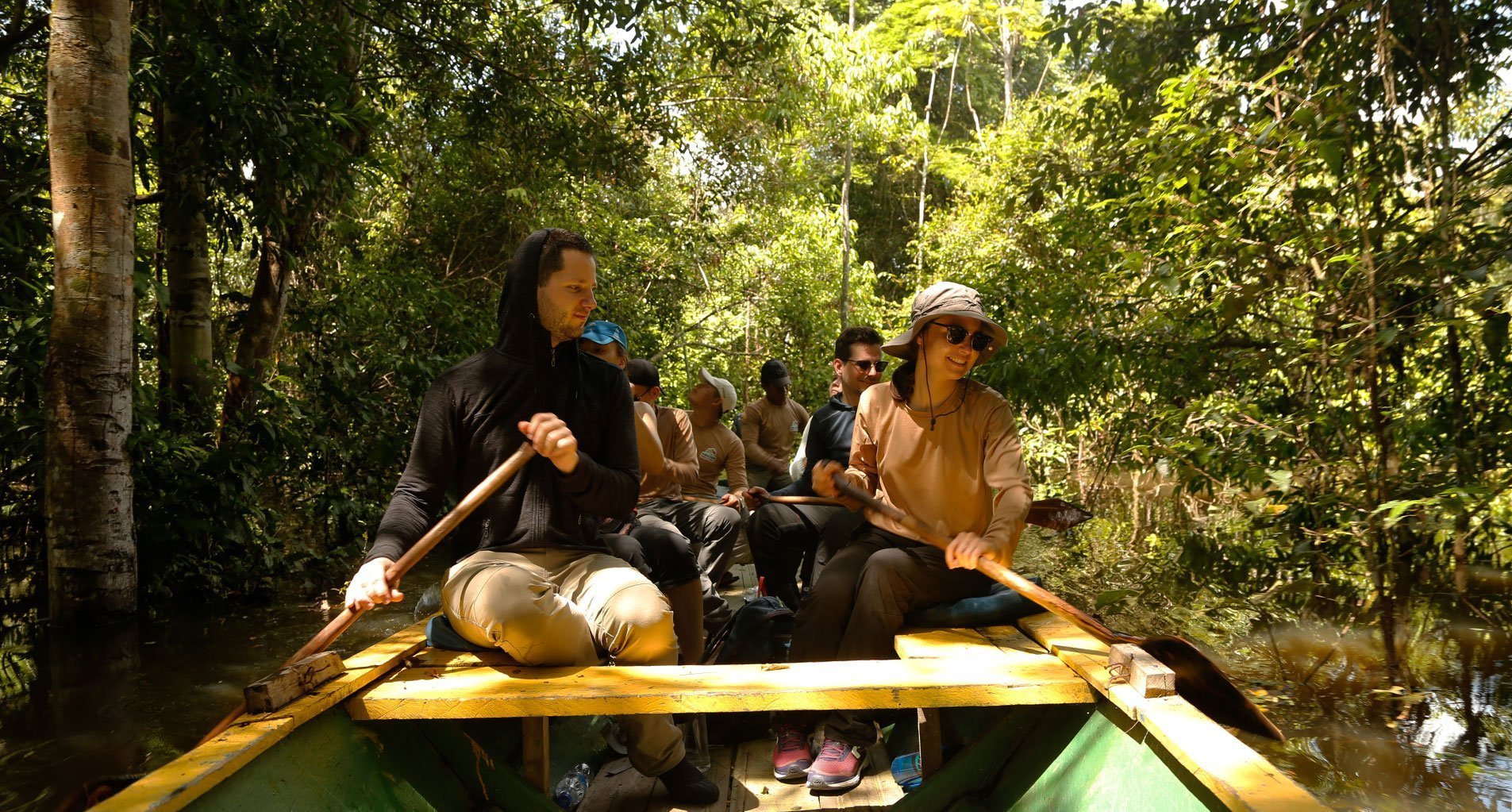 Now, when it comes to having to choose between one season or another, I don’t know if I have an informed decision. I know from a good source that the plan is just as incredible. The truth is that the main difference lies in one, and in what type of trip we find most attractive.

Being able to tread the Amazon with one’s own feet carries a lot of mysticism, but also touring it on the water.

I couldn’t change my trip for anything in the world. In fact, I am even grateful that I had no alternative when it came to choosing my month of vacation, because if I had been able to choose, I don’t know if I would have encouraged this option. Now all that remains for me is to be able to return to the incredible forest, some day, during the other period of the year, and thus obtain the complete experience.

I returned home transformed and happy to be part of this of #ChildrenOfTheJungle community, and that’s how fantastic it is to travel to the Amazon at any time of the year: the locals welcome you as one of their own, and the truth is that, by recognizing us all as part of this great Mother Earth, we are really all brothers and sisters.

Amazon Jungle Trips rejects exploitation, pornography, sex tourism and all forms of abuse
to minors, thus contributing to the fulfillment of Law 679 of 2001.